This Just in from the Donovan campaign. Worth a listen 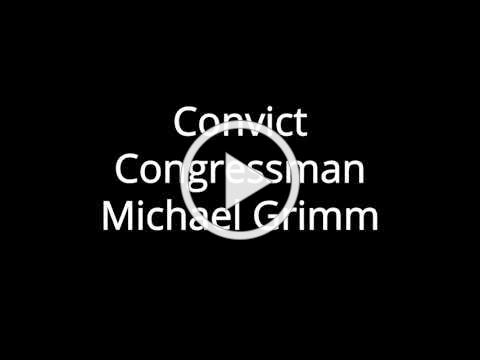 “The choice in this election couldn’t be more clear: Dan Donovan’s 20-year record as a champion for law-and-order who is fighting with President Trump to make our nation more secure or Michael Grimm who is a convict congressman, betrayed the voters’ trust and still owes more than $900,000 in back taxes,” said Donovan spokeswoman Jessica Proud. “Michael Grimm has spent this entire campaign lying and offering excuses for all of his scandals; this ad will set the record straight.”

The full script is below:

Inmate eight three four seven nine dash zero five three: Convict Congressman Michael Grimm
Crimes committed by Convict Congressman Grimm:
Twenty counts of fraud (Guilty)
Perjury (Guilty)
Hiring illegal aliens (Guilty)
And while the people of New York work hard to make an honest living, Convict Congressman Grimm owes nearly one million dollars in taxes he tried to hide and then made a shady deal with DC swamp lobbyists to pay off his debts.
Now Grimm thinks he deserves the chance to represent us in in Congress again.
As your former District Attorney, Dan Donovan believes in law and order, which is why Dan Donovan is working with President Trump to build a wall and deport dangerous illegal immigrant gang members.
Dan Donovan stands tough with Donald Trump.
I’m Dan Donovan and I approve this message.
Paid for by Donovan for Congress
###
Paid for by Donovan for Congress
TAX FREEDOM DAY IS COMING MAY 17th- COME ALL TO CELEBRATE WITH BROOKLYN CONSERVATIVES July 24th Be there:Kings and Queens Counties to Honor James LeMonda and the Men and Women of the UFOA at the American Heritage Dinner

52nd Annual CPPAC ready to take on Albany, Join us to gear up for the good fight!